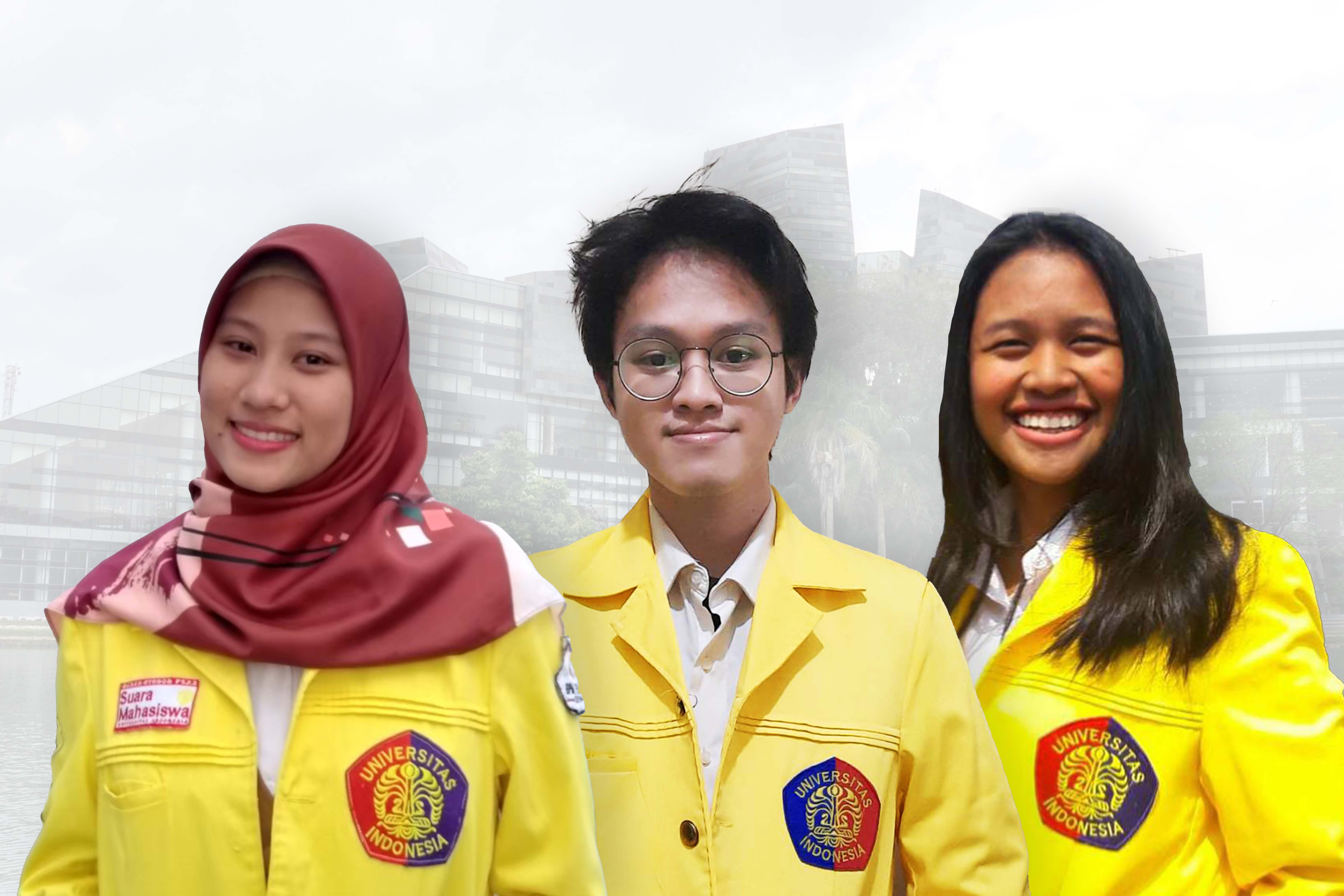 For Ajeng Riski Anugrah, attending an event at the Kopi Tuli café in Depok, West Java, several years ago opened her eyes about the deaf community in Indonesia. Ajeng, a student majoring in public administration at University of Indonesia’s (UI) Faculty of Administrative Science (FIA), learned about sign language and the community’s activities at the event.

“On my way home, I thought that if they couldn’t rely on sounds, how could they get on a train? Did they ever miss a railway station? Sometimes I can’t even hear announcements and read station nameplates, especially in an overcrowded train,” Ajeng told The Jakarta Post via e-mail in late December.

Ajeng then spoke about the matter with her friend and fellow state administration student Grace Elizabeth Kristiani. Grace remembered the time she overslept during a train ride and thought about an app that could alert users about their destined stations as sometimes alarm could be inaccurate.

“For instance, trains at Manggarai Station [South Jakarta] can be temporarily halted for 10 minutes, while in other stations the difference can be three to five minutes,” Grace said. “I also thought about hearing-impaired people who didn’t catch the station nameplates, let alone the announcements that were mainly sound-based.”

The two then came up with an idea to make an app that would vibrate when users almost reach their intended stations. They later decided to join UI’s Program Kreativitas Mahasiswa Bidang Karsa Cipta (student creativity program in the field of production) to realize their idea.

Alongside computer science student Nandhika Prayoga and their mentor Fikri Akbarsyah Anza, lecturer at FIA, the team brainstormed other features that could add more value for users. They considered adding the sign language and live-chat features to facilitate users in communicating with each other during a train ride. They also thought about involving commuter line operator PT Kereta Commuter Indonesia by integrating its Twitter feed with the app.

“Therefore, users can expect to receive up-to-date information about what’s happening around them,” said Nandhika.

The team received a warm response in a preliminary survey conducted on 83 train commuters, which consisted of hearing-impaired and non-hearing-impaired people. Development began in early September and it took three months to finish the prototype app, which was later named Muter, an abbreviation of Teman Tuli, Teman Dengar (Deaf Friends, Hearing Friends). In November, they presented their prototype at the Pekan Kreativitas Mahasiswa Nasional 2020 (National Student Creativity Week 2020).

“We were sad that we didn’t get any trophies, but that feeling didn’t last long, as we’re supporting each other virtually,” said Ajeng. “Afterward, we immediately planned to obtain copyrights and prepare for the app’s launch.”

For the vibration feature, users can customize notifications based on the distance to their intended railway stations. In BISINDO, users can gain information about the system and regulations regarding Jakarta’s commuter trains (KRL). The same feature also allows communication between hearing-impaired and non-hearing-impaired people through visualizing phrases and words in sign language.

“We also want the app to be available for hearing-impaired people in other modes of public transportation,” Nandhika said.

As for the possibility to collaborate with other parties, Grace said they wanted to team up with PT Kereta Commuter Indonesia. “However, due to the current situation, we still don’t know when we should implement it. But we’ll be discussing with our faculties about the necessary preparations,” Grace said, adding that the team wished to thoroughly develop the prototype to be able to help hearing-impaired people. (wng)