Public Versus Private HR and the Challenges Faced 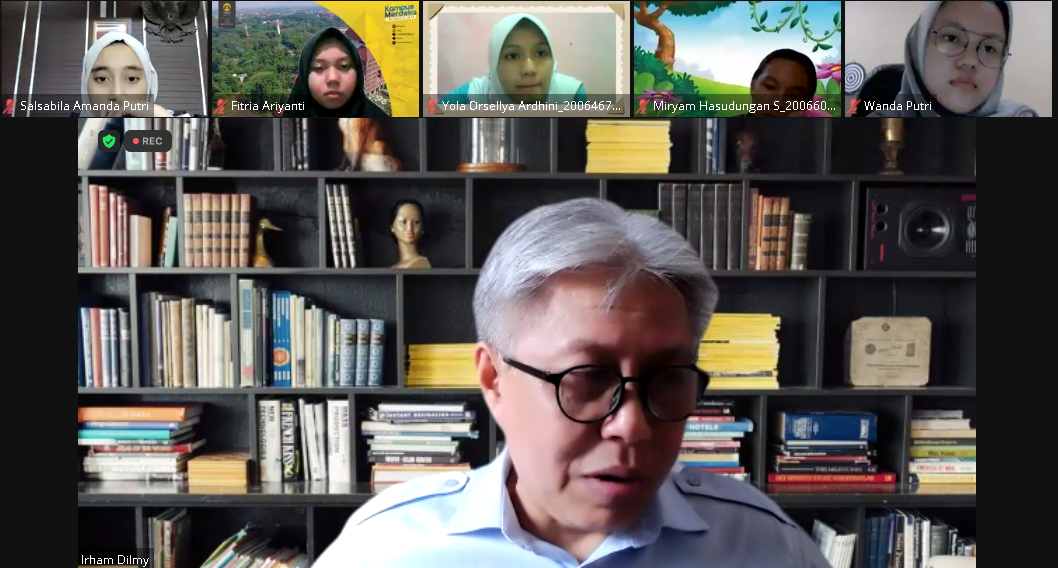 Although there are many differences between Human Resource Management (HRM), there are also many similarities. This statement is a statement from Irham Dilmy, MBA Senior Advisor, Public Sector, Prospera, Aust-Indo Partnership for Economic Development when he was a resource person in a Guest Lecture on the Public Sector MSDM Course at the Faculty of Administrative Sciences, University of Indonesia (FIA UI) on Thursday (19/5). /2022) afternoon.

The event which was attended by more than 80 people started with an opening by Dr. Lina Miftahul Jannah, S.Sos, M.Si by conveying that this guest lecture will discuss the differences between Public and Private HR which will be delivered by someone who has experience in the public and private sectors both on a national and international scale.

“The focus of the public sector is to serve the community by utilizing natural resources, taxes, customs & excise, and others. Meanwhile, the private sector focuses on making profits by utilizing financial sources of shares, loans, business results, and others,” he explained.

In addition, he also said that organizations or figures who play a role in the public sector are the TNI, Polri, and ASN. While in the private sector is the goods and services industry.

Irham explained that every policy in HRM, both public and private, must have the 4C principles, namely competency, commitment, congruence, and cost effectiveness.

Despite these differences, both public and private HRM pose considerable challenges. The turmoil consisting of Disruption-Volatility (easy to change), Uncertainty (uncertainty), Complexity (complexity), Ambiguity (ambiguity) -Diversity (diversity) always occurs in the private and public sectors. Where the focus of the problem can be overcome by the existence of an organization that will be flexible, future workers, and a competent future leader model.

“There are 7 principles of future workers, namely a flexible work environment, being able to adapt to their own work, sharing information, using ways to communicate and collaborate, being able to become a leader, changing from a knowledge worker to a learning worker, and learning and teaching at the same time,” he explained.

To become a worker in the future, it is necessary to instill a mindset to be able to grow according to organizational goals and be willing to grow and share information.

Furthermore, Irham explained that there are three things needed to be a leader in the future, namely thought, belief, and action.

“For future leaders, they must have ambidexterity, namely the ability to use current conditions by optimizing the latest business models while exploring opportunities to review business models using pioneering risks,” he explained.

In addition, there are things that become challenges for future leaders, namely futurize and humanize.

Futurize is a step to bring organizations forward into the future, namely by thinking in short-term and long-term terms, adapting to technology, following the speed of change, and moving or moving away from the status quo.

“For the humanize, it is a step to humanize humans which consists of how to lead a team that will be very diverse, reskill and upskill, attract and develop talent, focus on doing good, and make the organization human,” he explained.

After the delivery of material by Irham, then the event continued with a discussion session. The participants who attended seemed enthusiastic as evidenced by the many participants who asked questions about the material presented by Irham.

One of them was Amanda who asked about technology in the increasingly sophisticated era of globalization related to today’s HRM challenges.

“Mr. Irham, what is something that cannot be replaced from technology and will still exist from the human side? Is this also related to HR?” he asked.

Irham immediately answered by providing an argument that robots will never beat humans.

“Robots only receive orders from humans so that humans cannot be defeated by robots. So, we do not compete with technology. Creative and innovative words are the key to developing ourselves so that our performance, our human resources remain useful in this day and age,” he answered straightforwardly. .