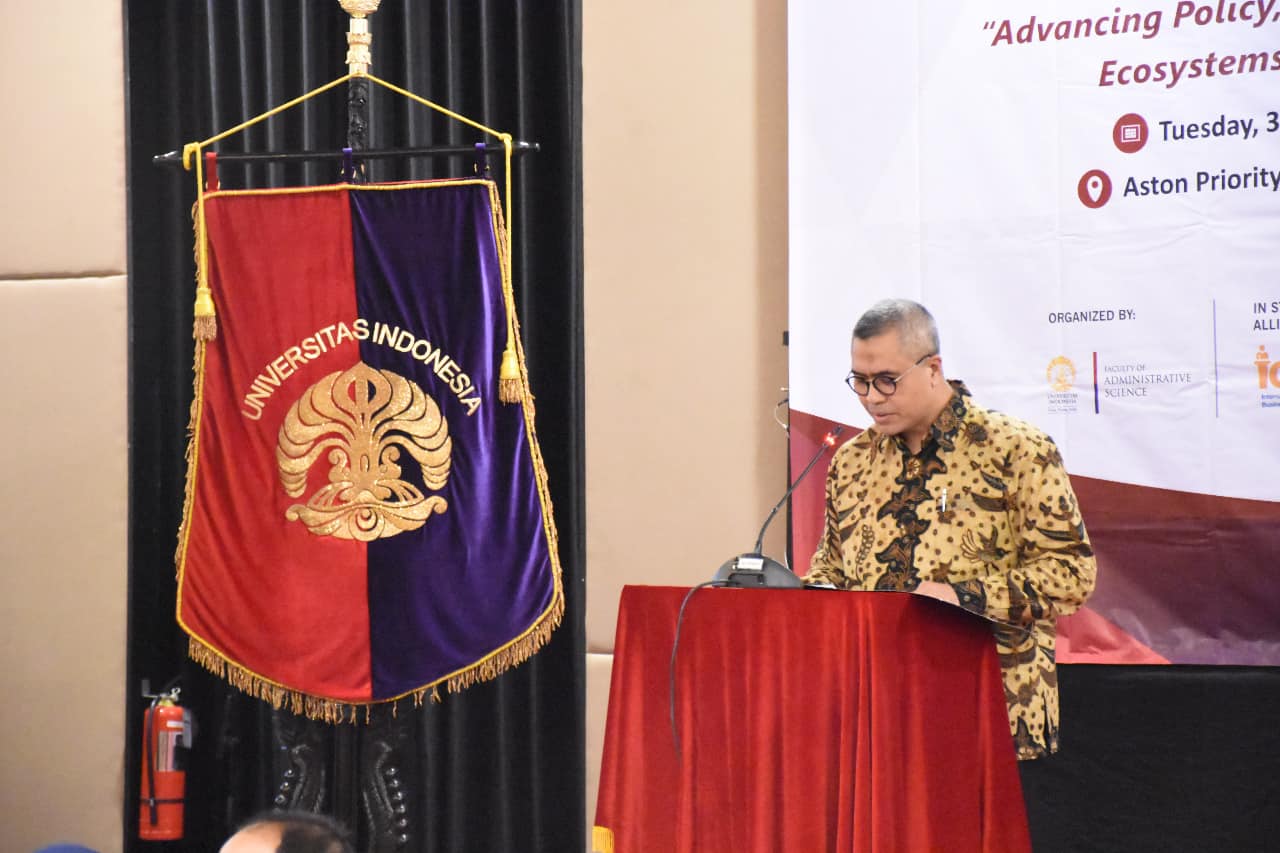 President Joko Widodo has also published the Presidential Regulation Number 59 of 2017 about the Implementation of Achievement of Sustainable Development Goals (SDGs). The 2030 Agenda, although ambitious, provides guidance in detail on what and how national development targets must be achieved.

This writing does not discuss what the targets to be achieved are, but instead gives narration to the presidential candidates of Indonesia 2019- 2024, how to include it in their campaigns and the National Medium Term Development Plan.

Momentum of institutional reform
Due to the fact that it was formed by many actors and sectors from a number of countries, true SDGs have their strengths and weaknesses. With 17 goals, 169 targets and 241 development indicators that must be achieved until 2030, we can say that SDGs is planned with high ambitions and high complexity.

Aside from that, the goals and targets are very fragmented, incoherent and incohesive with one another. In practice, this will create difficulties in coordinating inter- sectoral policies and administrative systems.

As a strength, it must be commended that SDGs are development agendas that have clear objectives, targets and indicators as a national principle to create performance- based planning and budgeting in each country.

Even, the results of each country’s performance achievement will report back to the UN. For example, in the development goal of SDGs Number 1, by 2030, poverty reductions must be able to lower the current number of poor people in all dimensions according to the definition of each country by half.

Which ever president gets chosen in 2019, they will be faced by 3 main difficulties in managing government and achieving the goals of the SDGs.

Firstly, the development of democracy which is very fast and wide will form fragmentations of importance and political parties who demand political accommodation within the government.

It could be that the existence of a government organizational structure,namely the ministry / institution, may stay the same or experience proliferation. If the existence of government institutions is not designed based on the performance of national development goals, but is based on political importance, then it will form a structural fragmentation of structure and national policy. The potential of inefficiency and ineffectiveness of the achievement of development is very likely to occur.

Secondly, in a government system which behaves decentralized right now, the national policies for development cannot be implemented to provinces and districts / cities. Fragmentation of the importance of political coalitions in every level of government, alongside with the non-existence of a strong vertical instance, in the provinces, creates difficulties in integrating national policies at the regional government level.

Third, the quality of bureaucracy in Indonesia at this point in time is not yet compatible with the demand capability, culture, also the power of change which is expected to carry out national development goals.

What is needed to ensure the achievement of sustainable development goals for the chosen president will later be the horizontal and vertical integration in policy and government structure: which is the alignment of targets and development, perfomance indicators in an integrated policy, as well as consolidated of ministerial / institutional organizational structures. In other words, SDGS are a momentum for the president to do a cabinet rationalization and also non- ministerial government institutions, as well as fundamental government business processes.

At this moment, the organization structure of the government is very hierarchical and fat, very high complications and duplication of functions between government units, strong sectoral ego culture, disconnection of data and information in the process of taking a decision, as well as the weak linkages between programs and activities with national development goals and targets. If these things are not done, not only will the SDGs agenda not be fulfilled, but Indonesia’s national competitiveness will not increase or even decline.

Horizontal integration in order to prepare the institutional framework of the SGDs must use, firstly, an integrated apporach: that the existence of expertise of each score must be used as an advantage to achieve development goals through a joint project.

Vertically, there are various problems which will be faced by the selected president in 2019 to manifest sustainable development goals.

Fragmentation of policy in the national, provincial and district/ city level will result in uncoordinated development. The principle of decentralized government, which isn’t supported by a good political mentality in the region will lead to the neglect of the national development goals and targets set by the central government.

Due to this, the effectiveness of the central government will be guaranteed if the president is able to strengthen the national development program with the principle of deconsentration and co- administration like what is done by President Jokowi at this moment in the development of infrastructure. Aside from that, the president must empower the ministry capacity and institutions to carry out the function of supervising development in the regions.

Building the capability of ASN
Another factor in the successfulness of sustainable development is the capability of the state civil apparatus (ASN). The result of a survey done by the State Civil Service Agency in 2017 revealed that the prime leadership position (prime JTP or eselon II) that follows the terms of competence and potential managerial positions are only 8,84%. Meanwhile 48,6 percent of prime leadership positions doesn’t have any terms of competence and potential managerial positions, 11.2 percent have to obtain self- development to be ready to carry out the task.

With a capability composition that low, it seems difficult for the government to reach various SDGs targets that have been set. Another obstacle is the factor of political intervenyion that is very high iin bureaucracy. Political politicization in the bureaucracy is related to the expensive political costs and has created the prosperous growth of corrupt bureaucratic culture in the bureaucracy.

With a low capability and a corrupt bureaucratic culture, it seems that the 2019 president elected will have problems in manifesting the goals of the SDGs. The writer suggests that whoever gets picked as president in the year 2019, should make serious changes to the public administration system to ensure the achievement of development goals.