The Dilemma of Implementing the Four Days of Work 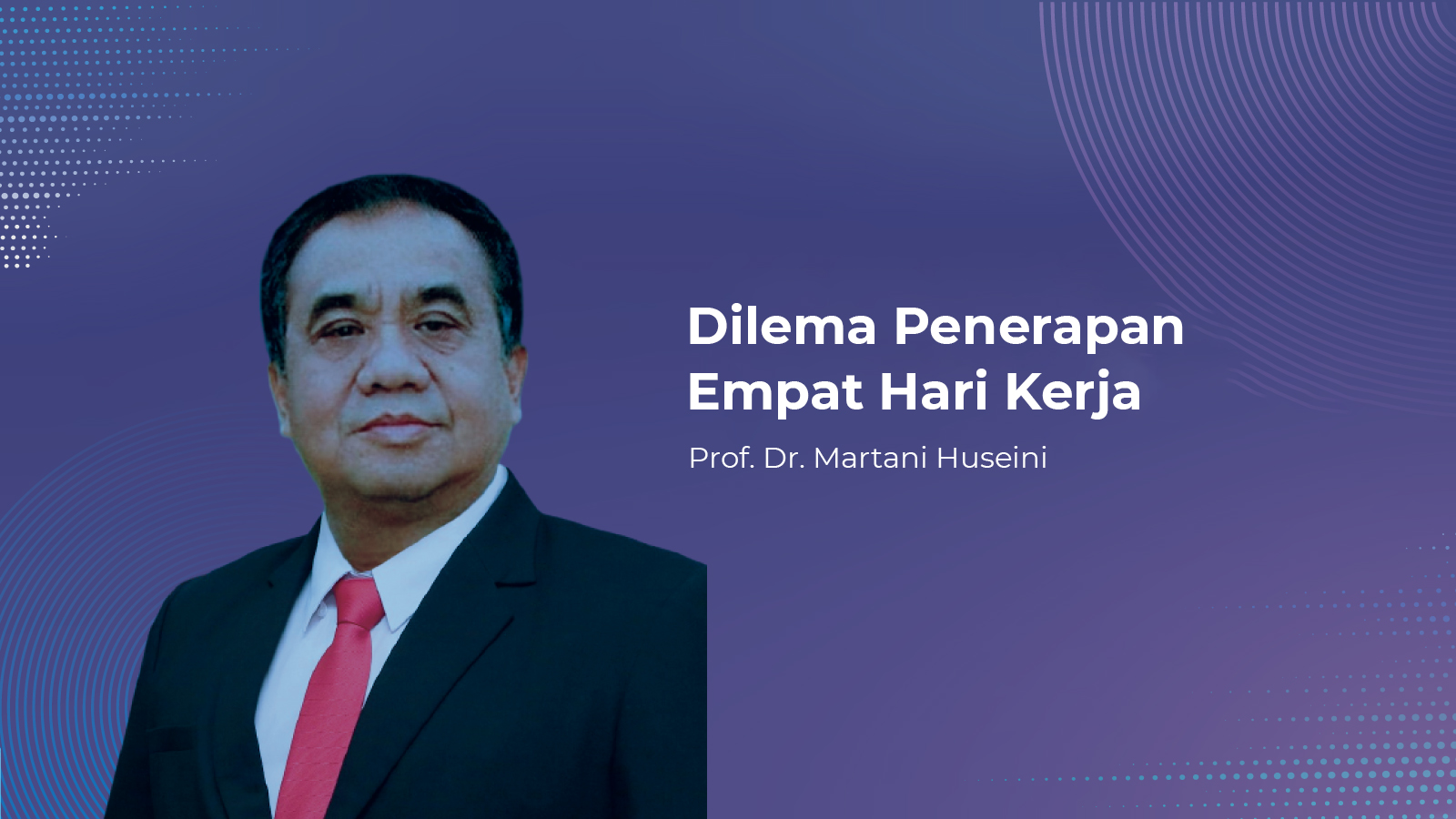 The article in the Business Innovation rubric (Kompas, 27 May 2022) about the idea of ​​four working days is really interesting to discuss. Several countries have conducted trials and succeeded.

The four-day working week (EHK) policy has been implemented in Belgium since March 2022. Likewise, several examples were disclosed such as the private company Microsoft in Japan, the camera company Canon in the UK, the global company Unilever in New Zealand, and many other multinational companies.

All companies that have implemented the EHK policy without any salary deductions. However, the workload is still in accordance with the 40-hour work week policy. Working hours will be changed to 9.5 per day with a longer holiday period of three days.

Several important questions from business innovation thinking are related to this EHK policy. First, whether EHK has been implemented since the experience of a pandemic outbreak (so it is known as WFH (work from home), online and offline blended working systems) so that it provides new ideas on EHK policies. Second, can the EHK only be applied to countries with relatively small populations (less than 100 million)? Third, can the application of EHK only be applied to people who have a regular work system and people who have high discipline?

Fourth, do companies that apply EHK only in the non-food sector or luxury goods? Fifth, can this EHK be applied in the service sector, including in the health, arts, sports, and government sectors? Sixth, can the value chain of the business and its logistics system to the consumer be guaranteed?

EHK polemic
This EHK implementation policy has caused a polemic because some countries that have high competitiveness such as China actually implement seven working days (THK) a week, even though they have been assisted by the use of robots and the application of digital systems such as artificial intelligence, big data, and so on. Likewise, South Korea does not apply THK. The rationale for EHK considers aspects of workload and work capacity for output in the form of productivity.

On the other hand, those who support the implementation of EHK have an argument that if community activities can be reduced without disturbing the regularity in supply chain and value chain problems, it is an ideal dream if the community can choose the EHK program in a week. The results will certainly have a positive impact on the increasing intensity of family meetings, the Family Happiness Index (IKK) will increase, and the strengthening of online and offline learning programs will be more effective.

The recovery of the learning process for children affected by the disruption of the Covid-19 pandemic can be treated because the interaction between parents and children is expected to be more intense. Another positive impact in the implementation of the EHK can reduce traffic congestion, and family spending will be more efficient.

Human movement can also be reduced thanks to the adoption of digital and metaverse-based technologies. In the past, sending money, letters, and goods, the sender had to come to the post office, banking office, with the existence of an e-mail system, mobile banking, and other online system applications, transactions with digital platforms and ecosystems can streamline movement and time of human mobility.

The foundation of a new civilization
However, imitating the EHK policy that has been tried in several countries does not seem as easy as turning the palm of the hand if implemented in Indonesia. Public policy-making authorities should examine more deeply, both the introduction strategy, its implementation, as well as the calculation of its negative and positive impacts. Therefore, several considerations need to be anticipated.

First, about the foundations of a culture of discipline in families, schools, and communities that are still far from adequate to support EHK, for example how people are not disciplined when traveling, the corruption rate tends to increase, the Human Development Index (HDI) is still low. The Regional Innovation Index is still low so there is a lot of homework that must be completed first with the policy still being five working days a week.

Second, the problem of the foundation towards the application of digital civilization is still vulnerable and fragile, especially in the frontier, outermost, and poorest (3T) border areas, including rural areas outside Java.

Third, the problem of tiered orchestration of the policies of the central, provincial, district/city governments regarding the communication of new policies needs to be considered for readiness and benchmarks for success.

Fourth, horizontal orchestration of government policies towards business actors and coordination between government agencies and the people involved. The existence of aspects of local wisdom and community customs should also be considered carefully.

Fifth, public dialogue with the wider community must be carried out

Sixth, it is necessary to create an entry and exit strategy scenario if the implementation of the EHK fails.

Hopefully the good intentions of the EMK policy can be realized. Do not let the choice of implementing EHK even bring havoc which in the end can reduce the nation’s competitiveness.

published in the daily Kompas