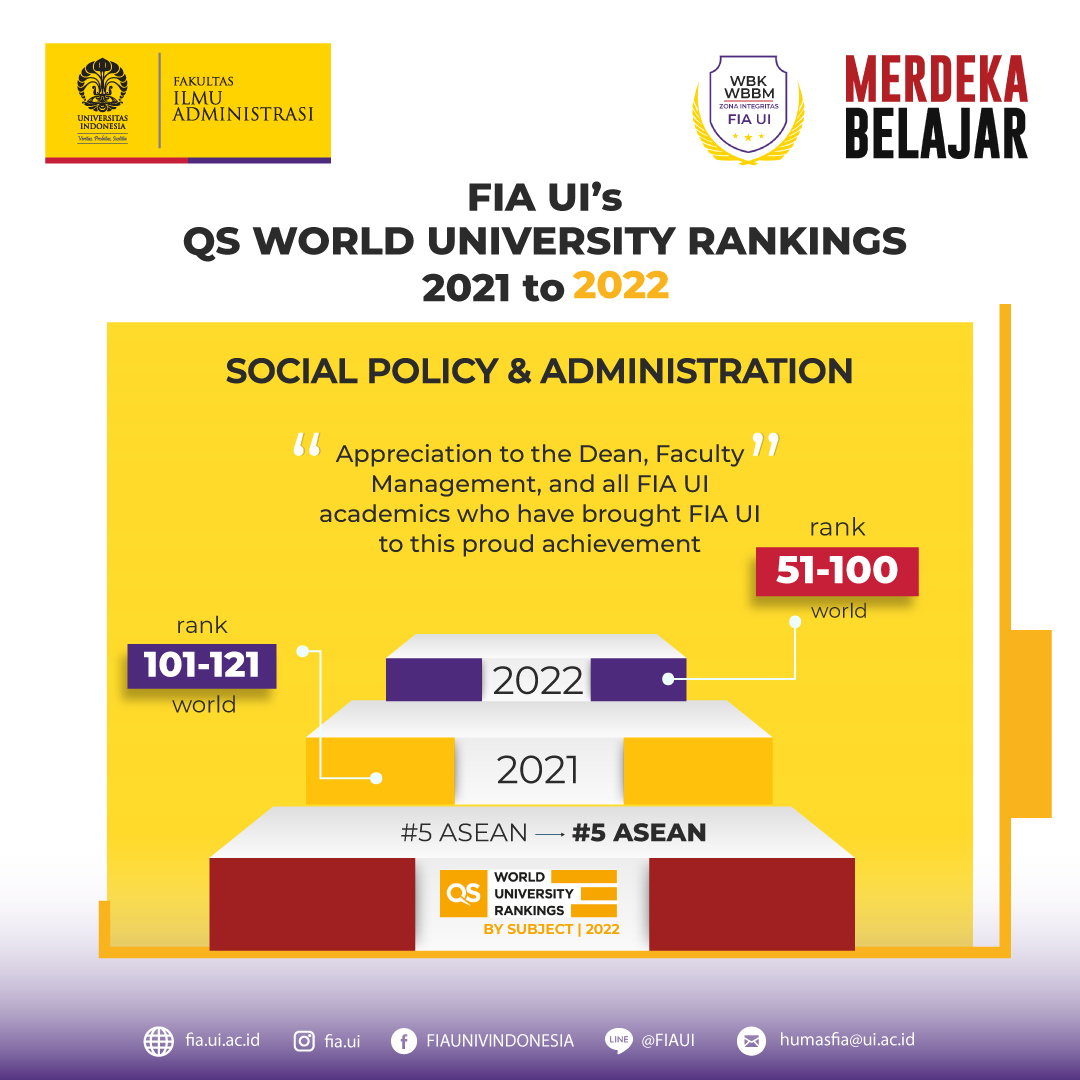 Universitas Indonesia (UI) was able to maintain its position as the only university in Indonesia that was ranked in the Top 5 of ASEAN in the QS World University Ranking by Subject 2022 Survey in the field of Social Policy and Administration.

As a faculty that has a scientific focus on Administration and Policy, the Faculty of Administrative Sciences, University of Indonesia (FIA UI) actively contributes through every program held so as to bring UI to that rank.

Prof. Dr. Chandra Wijaya as the Dean of FIA UI said he was grateful and grateful for the hard work and smart work of each party involved in the implementation of each FIA UI program so that it was able to push UI as Rank 1 in Indonesia according to the QS World University Ranking by Subject 2022 in the field of Social Policy and Administration. .

“This success is a motivational step for every UI academic community, especially FIA UI, to further contribute to the progress of campus, nation and country. Hopefully, with this ranking increase, we will be given the spirit to be able to develop even better, “said Prof. Chandra.

For information, the QS World University Rankings is an annual publication of university rankings conducted by Quacquarelli Symonds (QS).