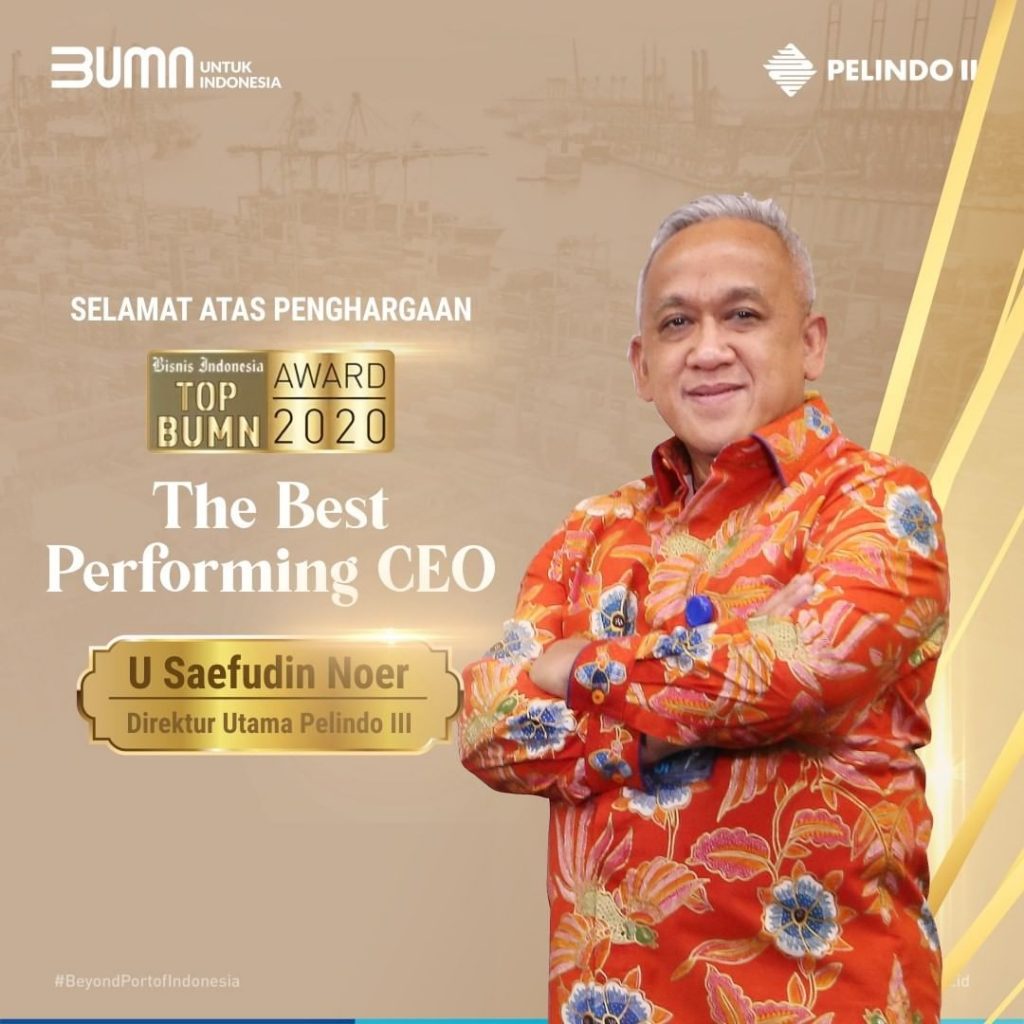 Saefudin Noer is an alumnus of the University of Indonesia, especially the Department of Administration Science at the undergraduate program. He also completed his master’s education in Communication Management and received education abroad, one of which was in the Netherlands with a UNESCO-IHE Port Management study. Other educational programs taken are INSEAD Leadership Program Singapore and Fountaine Bleau, France, Post Master Scholarship Program From CIMB Group, and INSEAD Business School CIMB.

His work in the Indonesian business sector began with the IMPAC company in 1993, then moved to the banking world which began with the merger of Bank Tako Over (BTO) which is currently Bank Danamon. U. Saefudin Noer also penetrated the Islamic banking sector with his position as Business Director at Bank Mualamat Indonesia from 2005-2000, then he was entrusted to be the leader of Bank CIMB Niaga Syariah in 2009-2014. Currently he is the President Director of PT. Pelabuhan Indonesia III (Persero) through the Decree of the Minister of BUMN Number SK-209 / MBU / 06/2020.