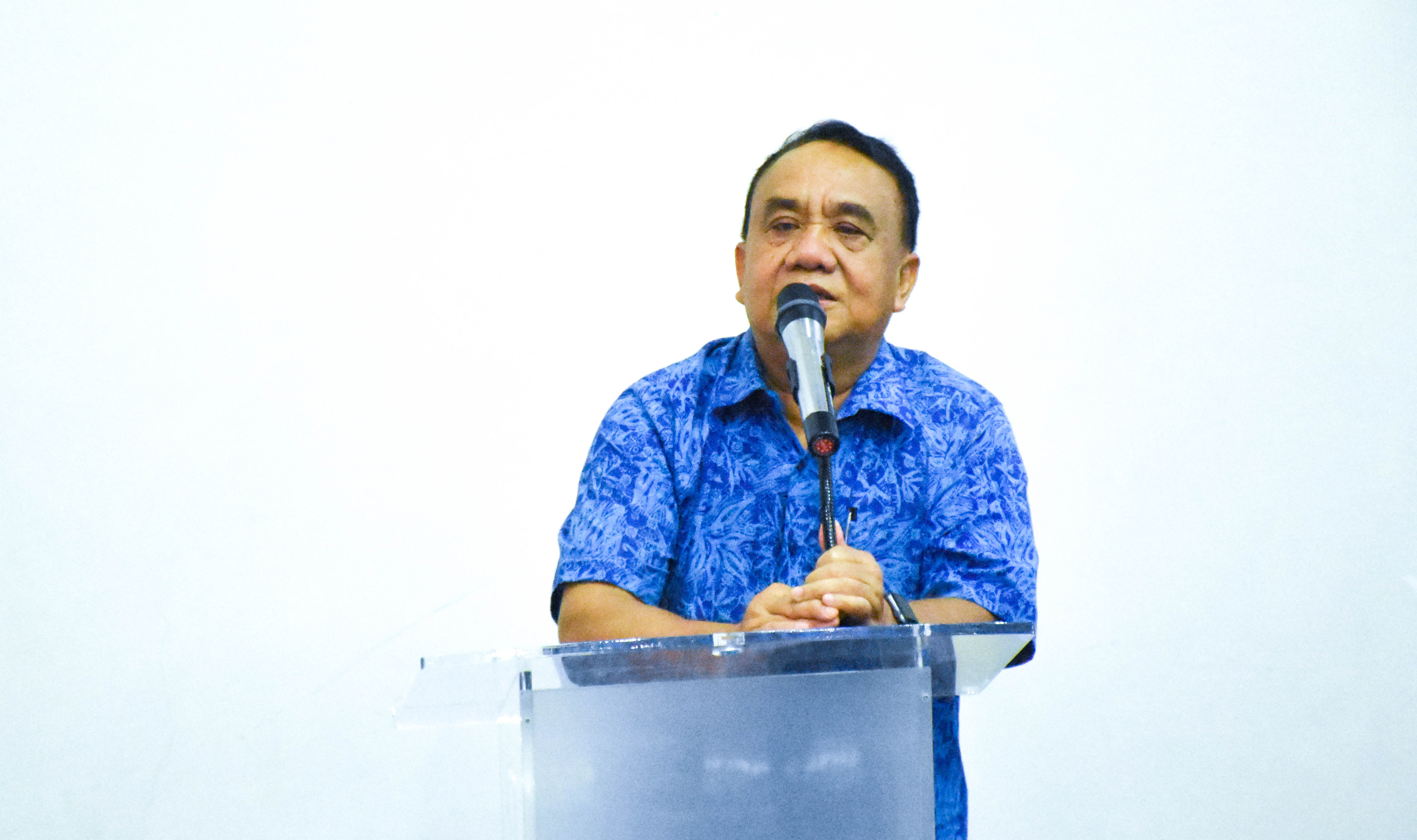 President Joko Widodo again took the initiative to reverse the paradigm of thinking about building a village economy as a buffer for the urban economy. Could it be?

The classic view that the resources in the village are only suitable for developing primary goods such as agricultural products, horticulture, livestock or fish, needs to be updated. The transformation of a poor agricultural village into a great industrial area is not just rhetoric on the political scene. One of them, Huaxi Village in Yansu Province, China. In the past, like other villages in China, Huaxi was a poor village with overwork, but shortages of agricultural land.

However, the success story of a rural economic transformation occurred there. The existence of capital intervention, especially in the form of electrical energy, logistics services, technology, and leadership (leadership_ made Huaxi transform into a village producing competitive textiles and steel products. Huaxi became prosperous and prosperous.

The key to success is the leadership of Wu Ren Bau, the village head (village head). Ren Bau ensures that the transformation is running smoothly, is efficient, competitive, and can involve local human resources. Empowered village unit businesses. Now it is hyperbolic that Huaxi is often called the best known village in China.

The Huaxi Unit Cooperative can provide free home and car loans to residents. Cooking oil, health insurance, and free primary and secondary school fees. Is this a hoax? Incidentally last year, before the Covid-19 pandemic broke out, the author visited it and this story was not a hoax. There are many developed villages in China. President Park Chung Hee in South Korea is also a legend in rural development in South Korea. In the 1960s, President Park began to initiate the village development movement. Villages in South Korea at that time were poor and unproductive. The Saemaul Undong (Development Begins from the Village) movement emphasizes hard, productive work, is guided by exemplary local leaders and a culture of mutual cooperation in building infrastructure facilities.

With technical guidance, monitoring, and (a small amount) of capital assistance from the government, the movement could transform life in the village. The view of houses with earthen walls with thatched roofs, without electricity and clean water turned into houses with walls, roof tiles, electricity and clean water. President Park, who constantly provides motivation in a social movement, builds a hard working and cooperative crew.

In essence, human resources (HR) in rural areas are educated, collaborated in a movement (mutual cooperation) and invited to think about solving problems together. The Saemaul Undong concept was also disseminated throughout African and Asian countries, by providing training packages in South Korea that were free of charge. In fact, there is a subsidy for travel and accommodation money during the training. By looking at two successful examples in China and South Korea, Indonesia should be able to carry out a similar social movement.

Recipe for Success in Building a Village
From the success story above, it appears that there are three key words for the success of building a village, namely LPC: leader, people (followers), and culture. Wu Ren Bau’s example in Wuaxi Village is to bring his village human resources to focus on just two business sectors, textiles and steel products, according to the village’s annual tradition. When rural industrial businesses develop, of course, financing is needed to develop to a higher level. They are eyeing the abundant money in the capital market, without government assistance. Of course, the capital market demands an efficient and quality industry standard, and it is met. So, Huaxi is an issuer in the capital market and makes big and cheap money. Now its products are sold to more than 40 countries

Wu Ren Bau is a simple but firm figure. He always reminds residents of the cultural values ​​of their ancestors, namely hard work, getting up early, being thrifty, disciplined, compact, and upholding honesty. These values ​​live in the community (people) and are continuously guarded through speeches, written on the pillars of a public facility building, and implemented with rewards and punishment.

Education also comes first. Community discipline was planted hard. Those who are proven to have damaged public facilities, such as destroying a flower pot, will be punished with a fine of 1,500 US dollars. If residents leave Huaxi Village, all rights (free rental of houses and cars), insurance facilities and other social assistance are revoked. Urbanization can be prevented.

Likewise, the case of village development in South Korea, initially provoked by the distribution of free 335 bags of cement in each village. Villages that are successful in making productive use of are given an additional bonus of 500 bags of cement plus 1 ton of steel wire. The village is getting more productive. The villagers’ income per akpita of 79 US dollars in the 1960s grew more than 10 times in the 1970s. Exponential growth.

The lesson that can be learned from the LPC concept in both countries is that there is the presence of leaders at the grassroots level who are able to build a sense of crisis in making changes to improve their life’s destiny. The next stage is to build a joint coalition (according to John Kotter’s Change Management concept figure) so that there is a massive social movement.

These values ​​are agreed upon. Do not forget to also think about the aspects of gratitude / celebration of success periodically, including review activities in validation of standardization keys to success for replication.

Village development in Indonesia
Several successful examples in Indonesia have also been seen in many villages. Such as Tourism Village, Mina Padi Village, Batik Village, and many others. Even what has recently gone viral on social media is an “inventor” from Kepel Village, Madiun.

This is an example of the success of a previously arid village, thanks to the example of a young Paidi (a former scavenger and tofu seller). Because of his culture and his fondness for learning from the internet, he finally got the idea to develop the porang plant (Amorphophallus muelleri Blume), a type of Araceae tuber that contains carbohydrates and calcium oxalate for the mixture of noodles, udon. In fact, it is very good as a raw material for environmental glue / adhesive.

Dry porang is valued at Rp. 100,000 per kilogram, so that with 1 hectare of land, it can produce a minimum of Rp. 800,000 per harvest, three harvests a year. A tantalizing value than other plants. This kind of village innovation effort can boost the economy of Kepel Village and its surroundings. Thanks to the social spirit of the initiator, Paidi, who was willing to foster his followers, with the culture of “Want to Share”, finally the economy of the people of Kepel Village and its surroundings increased very rapidly.

There are many other interesting examples. For example, breeding maggots from black flies (maggot black soldier fly). Maggot cultivation has recently been very popularly developed in several villages in West Java, the results of which are used as a mixture of fish feed and livestock substitute for fish-mill which is still imported from Chile and Peru. These two examples can validate that it is possible for villages in Indonesia to become a buffer for the urban economy. As long as the innovative creativity of the villagers can be developed and encouraged.

The new culture of the village
The ownership of the apparatus of the Ministry of Villages, Development of Disadvantaged Regions, and Transmigration has been prepared for more than two peridoe presidential cabinet. The goal is that the villages totaling 74,953 villages can be orchestrated in developing the village economy, even though every year they have been given adequate capital incentives with the help of young intellectual guides recruited for each village. Government funds that have been disbursed by the government have reached IDR 21 trillion.

In fact, supporting institutions / institutions for accompaniment such as BUMDes have been established in every village, but the results have not been seen as spectacular. Moreover, President Jokowi initiated a new hope in the midst of the Covid-19 pandemic, which must be realized by the Ministry of Villages, Development of Disadvantaged Areas, and Transmigration. Referring to the success of building a village LPC so that it can boost the urban economy in China and South Korea, it turns out that there is no correlation between the official building of the ministry’s institution and its achievements.

From academic research, the more important thing in village building so that it can be self-sufficient and become a buffer for the city is the setting of the ecosystem platform (selection of actors and factors). In this case, the leader, in order to be able to do two important things, namely being able to innovate and collaborate with its citizens (innovative and collaborative governance) and ultimately influence followers in an appropriate organizational culture value design, it was agreed. and embraced.

After the cultural foundation is formed, then innovative leverage is chosen based on the competency factors possessed in each village, taking into account the local wisdom in the village. The concept of renewing the new spirit of one village one innovation (OVOI) needs to be developed and guided by the government as a substitute for the old spirit of one village one product (OVOP).

The programmatic guidelines in each task force in each village need to be directed, guided, and facilitated so that the goal of developing a village as a booster for the urban economy can be implemented.

This article was published in the Kompas daily, Friday 23 October 2020