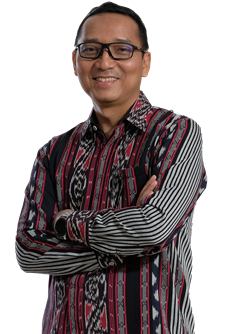 Iding Pardi is a man who comes from Majalengka and was born in 1975. Having pursued his career from the ground up until now he has become a Director at PT. Indonesian Clearing and Guarantee Corporation (KPEI). A very long career path for more than 20 years so that he can occupy his current position.