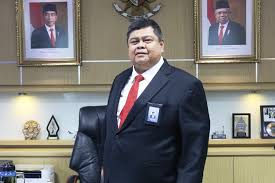 Muhammad Yusuf Ateh is a figure born in Jakarta, on August 9, 1964. This figure is often known as “Pak Ateh”. The figure who currently serves as the Head of the Financial and Development Supervisory Agency (BPKP) is a well-known appreciative and inspirational leader. Muhammad Yusuf Ateh started his career as an auditor at BPKP.

Before becoming the Head of BPKP, this figure had a long career at the PAN-RB Ministry. In 2009, he was given the mandate to assume the position of Head of Monitoring and Evaluation of Apparatus Performance Accountability for Eastern Region II, Deputy of Apparatus Accountability. Then he was trusted to be the Inspector, and became Deputy for Bureaucratic Reform, Apparatus Accountability, and Supervision. In 2019, Mr. Ateh was listed as a member of the Supervisory Board at Perum Peruri, a state-owned money printing company. This figure also joined the Corruption Eradication Commission (KPK) at the beginning of its formation.