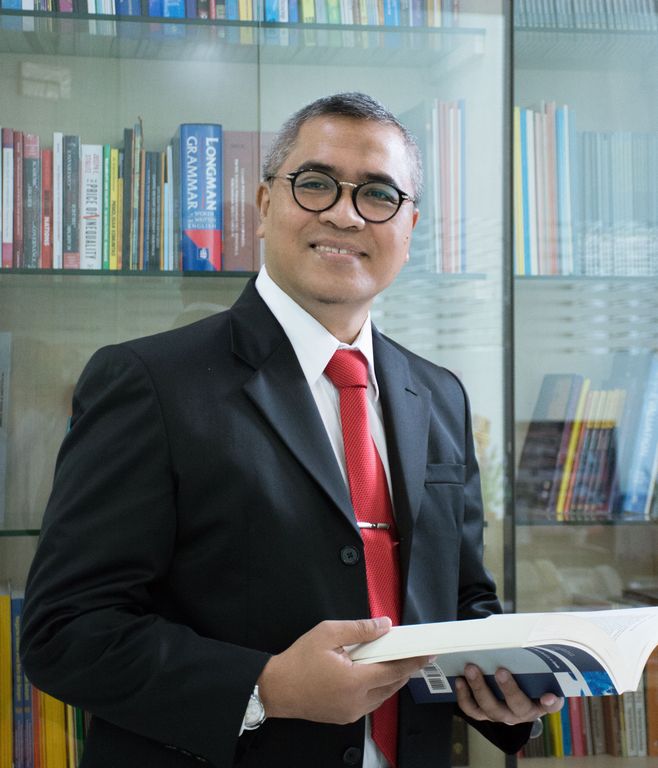 Eko Prasojo who was born in Kijang (Riau Islands) in 1970, has served as Head of the Department of Administrative Sciences FISIP UI (2006-2009), Head of the Postgraduate Program in Administrative Sciences FISIP UI (2009-2011), became a member of the Academic Senate of the University of Indonesia (2006 -2011) and a member of the University of Indonesia Board of Trustees (MWA UI, 2006-2011). In addition, Eko Prasojo has also been the Chair of the Center for Regional and City Administration Development Studies FISIP UI (PKPADK), and Director of Local Governance Watch FISIP UI (LOGOWA 2010-2011). In the early years of his appointment as a lecturer, Eko Prasojo was also active as executive editor at Jurnal Bisnis & Birokrasi: Jurnal Ilmu Administrasi (one of the journals accredited by the Indonesian Government (DIKTI)).

From October 2011 to October 2014, Eko Prasojo was appointed by the President of the Republic of Indonesia as Vice Minister of State Apparatus Utilization and Bureaucratic Reform (Wamen PANRB). Before that, his career outside UI was also listed as a consultant and advisor to the Good Governance Assistance Program from Germany, GIZ-SfGG (2003-2009) at the MenPANRB Office. Both as a consultant and as Wamen PANRB, Eko Prasojo was involved in a team for drafting/revising various draft laws, which are currently partially ratified into laws such as the Law on State Civil Apparatus (UU ASN), Law on Government Administration (UU AP), the Regional Government Law (UU Pemda) and the Draft Law on the Government’s Internal Supervision System (RUU SPIP).

Eko Prasojo has also been a member of the Regional Autonomy Advisory Council (DPOD, 2006-2011), and a member and Chairman of the Independent National Bureaucratic Reform Team under the control of the Vice President of the Republic of Indonesia (2009-2011, 2015-2021).

Currently, Eko Prasojo is also a co-Researcher of the Korea Research Institute (KRI) at the University of New South Wales (UNSW). From January 2014 to 2018, Eko Prasojo was appointed as a member of The United Nations Committee of Experts on Public Administration (UN CEPA).

Eko Prasojo was a Visiting Professor at the University of Freiburg (1998 and 2011), at the Graduate Research Institute for Policy Studies (GRIPS), Tokyo (2010), and attended Harvard Executive Education at the Harvard Kennedy School of Government (2011). Currently, Eko Prasojo is also the Chair of the Research Cluster Policy, Governance, and Administrative Reform (PGAR), at UI (since 2014). Eko Prasojo has published 15 books either alone or jointly (in Indonesian and English), and several articles in several conferences and journals. Some of his writings in book form include Democracy in the Land of Dreams (2005), Federalism and the Federal State (2006), Second Reform (2009), Decentralization and Regional Government (2009), and Leading Bureaucratic Reform (2019).

Eko Prasojo is also active in writing for the general daily Kompas, The Jakarta Post, Sindo, Media Indonesia, etc. The fields of research and teaching that are occupied and carried out to date include federalism and decentralization, democratization and local democracy, political economics in Bureaucracy, Administrative Reform, and Public Policy and Public Services Studies.

Eko Prasojo also received Satya Lencana Karya Satya for 10 and 20 years in his service as a civil servant in 2011 and Bintang Mahaputera Utama from the President of the Republic of Indonesia in 2014 as a token of government service to Eko Prasojo for his services as Deputy Minister of PAN-RB in pioneering various changes in bureaucracy. Received the 2017 MIPI Award from the Indonesian Political Science Society (MIPI), and the Braibant Award from IIAS in 2019.