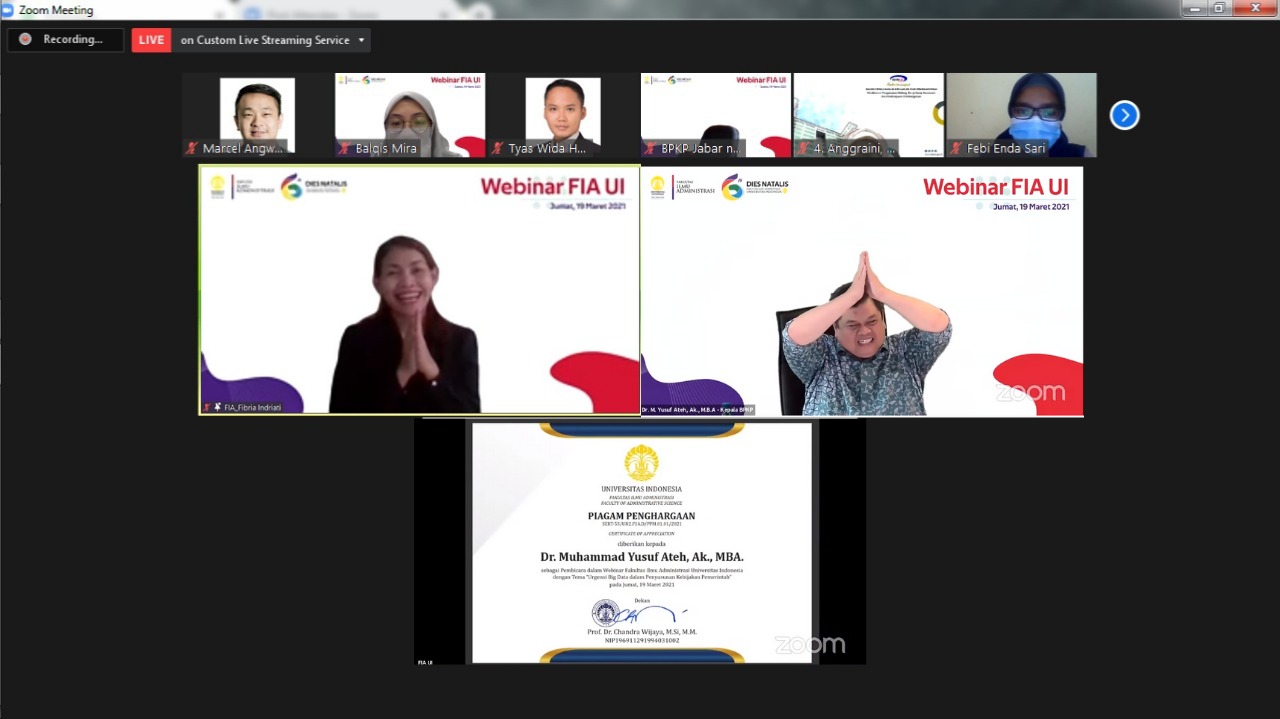 The Webinar of the Faculty of Administrative Sciences, University of Indonesia (FIA UI) is one of the agendas as well as the closing of the entire series of activities of the 6th FIA UI Anniversary. The webinar held by FIA UI has the theme The Urgency of Big Data in Government Policy Formulation.

The resource persons in this webinar were the Head of the Financial and Development Supervisory Agency, Dr. Muhammad Yusuf Ateh, Ak., MBA. Ateh said that the current conditions demanded predictive, flexible and adaptive governance. “One of the answers to this challenge is through the implementation of Open Government,” he continued.

Furthermore, Ateh said that Open Government has objectives such as increasing better policy outcomes, policy efficiency and effectiveness, compliance with policies and regulations, more inclusive socio-economics, and enhancing a culture of innovation. “The optimal implementation of Open Government can be achieved if it is supported by the use of Big Data,” he explained.

He added, Big Data can be used to improve the quality of internal control implementation and identify issues of concern to the public. “The utilization of Big Data enables government institutions to interact with the public in a targeted and responsive manner, and also facilitates the response back to the community to improve the service delivery process and policy making,” he said.

Ateh also explained the next point that the challenges that result in the successful use of Big Data are clear strategies and policies regarding the use of big data as a source of information, building capacity to collect and restructure data, analyze, validate information accuracy, and present good data processing results.

It is known, this webinar was attended by more than 360 participants guided by the FIA ​​UI lecturer, Dr. phil. Reza Fathurrahman, MPP as moderator.