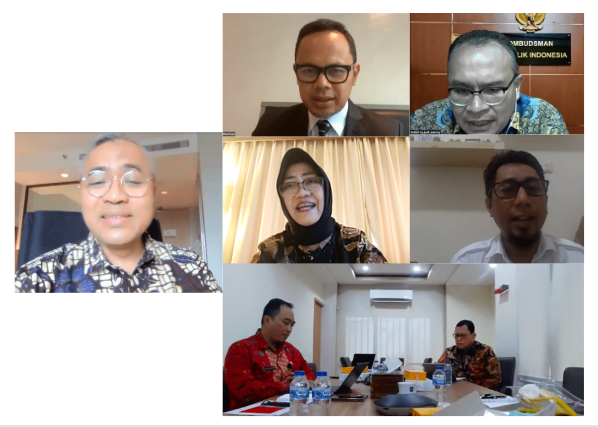 The phenomenon of Acting Regional Heads (PKD) in Indonesia gave rise to a dualism between career officials and political officials. This dualism also raises various new problems, such as the relatively long term of office, which causes issues of community acceptability and the level of accountability of the PKD, as well as the subject of the neutrality of the PKD, which is very vulnerable to co-optation and political intervention.

The held talk show also departed from a fact last May, where as many as 5 Governors, 37 Regents and 6 Mayors were sworn in as Acting Regional Heads (PKD) until November 27 2024. Prof. Dr. Eko Prasojo, Mag.rer.publ., The Head of the F.I.A. UI PGAR Research Cluster stated, “We have continuously developed this tradition of discussion at the University of Indonesia, especially at the Faculty of Administrative Sciences and especially at the F.I.A. UI PGAR Research Cluster. Today we will discuss a very strategic and critical national issue related to acting regional heads between legitimacy and competence. As we know, until 2024 in November, there will be 271 acting regional heads ahead of the simultaneous local elections this year, and there will be around 101 in 2022 who will be sworn in.”

Prof. Eko Prasojo also said that this activity was significant to discuss because it was related to the administration of the regional government. According to him, the positive and negative sides will be addressed. “There are several issues that maybe we will discuss later, I think this is an academic discussion and also practice by bringing together academic sides and also practical needs for governance in Indonesia,” said the Deputy Minister of State Apparatus Empowerment and Indonesian Bureaucratic Reform in United Indonesia Cabinet II.

The first guest speaker on the talk show, Teguh Narutomo, said that the current period is unique and the momentum that may have never happened before or in the following years may also no longer be valid. “Because of that, we have to have a discussion to unite our thoughts in making the best use of this momentum for the nation’s good. We also agree that what is meant by legitimate in the current discussion is more about recognition. Because if it is legitimate in the sense of appointing it, this is already a thing, given that the President has the prerogative to determine the mechanism through proposals from the regions, which are then determined by the DPRD, entered into the T.P.A. test and determined by the President, so that the current regional heads are born,” he said.

Because evaluating the appointment of acting regional heads philosophically is not just assessing the implementation of their duties, Teguh said there is something broader, not only the supervision element but also the guidance. “This momentum may differ from when regional heads carry out their duties with the Pilkada mechanism or sect. We will accompany the acting regional heads for three months. In evaluations, we always discuss the problems, and we will give treatment if there are problems in their respective regions,” Teguh explained.

According to the second source, Prof. Dr. R. Siti Zuhro, M.A., Indonesia should take a manageable amount of trial and error. “From a democratic and political perspective, legitimacy must be guaranteed. If there is no legitimacy or public trust, it will create public distrust, which can lead to mass public distrust of the area, which is a big problem,” he said.

Representing the Ombudsman of the Republic of Indonesia, Robert Na Endi Jaweng, S.I.P., M.A.P., said that the process chain for the presence of these officials is inseparable from the recruitment process until it reaches its termination; termination. “Even if, for example, the results of their performance and measurement of the flow of competence when they are already in the office are good, it does not mean that the legitimacy of the appointment process can then be considered complete in the context of the principles of constitutionalism and the teachings of the rule of law, as well as the Indonesian Ombudsman on governance issues. Some things are still our major work from now on. We see how to translate the principles of constitutionalism and the rule of law and adherence to good governance; the principles of good governance still need to be clarified,” he said.

The talk show, which is expected to become a forum for collaborative analysis, will be held online on Thursday (17/11/2022) via a Zoom Meeting. The event consisted of three sessions with trigger questions for all speakers, question and answer with participants, and a closing wrap-up session.