Professor of FIA UI: Perfecting the Capital of the Archipelago 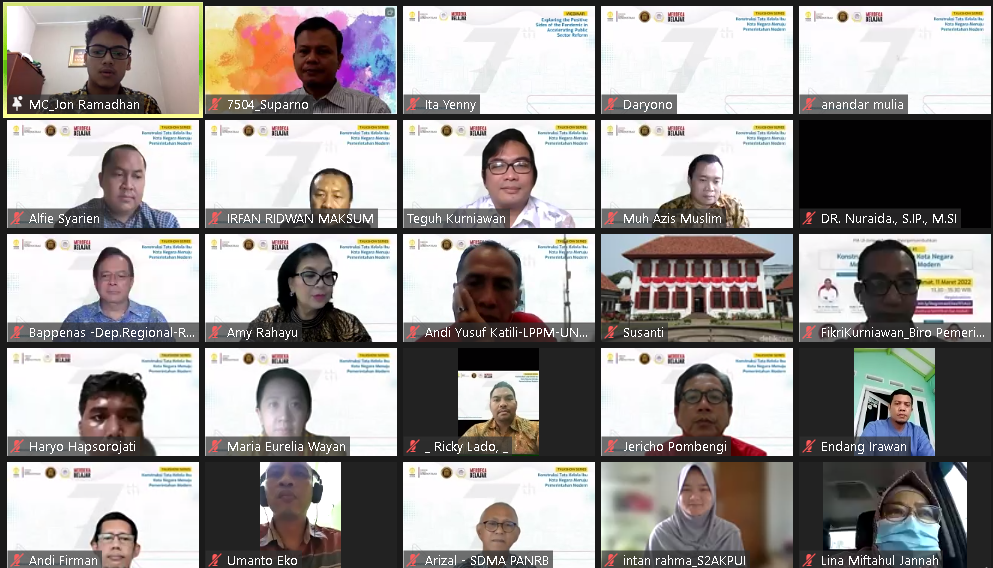 Public Administration Science FIA ​​UI Holds Talkshow on Construction of Governance of the State Capital towards Modern Government on Friday (11/3/2022) at 13.30 to 15.30. This talkshow is one of a series of events from the FIA ​​UI 7th Anniversary Celebration. In this event, Prof. Dr. Irfan Ridwan Maksum, M.Si participated as one of the speakers who gave his critique of the IKN Nusantara design.

Prof. Irfan is the chairman of Democracy and Local Governance (DeLOGO). He gave his opinion from the perspective of urban administration in Indonesia and local government by raising the title of the material “Improving the Capital of the Archipelago”.

“So it’s not really a local government. So, the design of this constitution contains errors. So this needs to be perfected. Why write a regional government which turns out to be an administrative area,” he said.

Furthermore, Prof. Irfan said that the IKN design turned out to be a region-based authority without autonomy which was potentially unconstitutional which violated the Article 18 Amendment Constitution. Article 18 states that there is no government area in a unitary state without being autonomous or authoritative.

“With local community representatives, it can actually be faster if there is a DPRD. How dare you oppose the Constitution so you can hurry. My prediction is, if we let it continue, if we continue to be unconstitutional, it will invite a judicial review because people’s rights will be reduced and form an enclave because there is no participation of local residents,” he explained.

Prof. Irfan suggested that if later there was a change in the Constitution, it was necessary to revamp the urban system by using representatives of the local community.

“My suggestion is not to be an authority, make representatives of the people. So there is a regional representative council,” he suggested.

The webinar, which was attended by more than 200 participants, ran interactively where several participants asked questions to the speakers. One of the questions addressed to Prof. Irfan was regarding the urgency of moving IKN Nusantara.

“What is the urgency of moving the capital city from Jakarta to Kalimantan,” asked one of the participants of the webinar.

“If you look for it in academic texts, all of them are refuted, the legacy of Pak Karno is undeniable. The reason for the transfer was because of Pak Karno’s request to move because the current regime was to continue PMI. So the urgency is because the founding fathers asked to move, actually there is no need to move, but they have been knocked. There are only problems that conflict with the Constitution. My view must be corrected,” he replied.