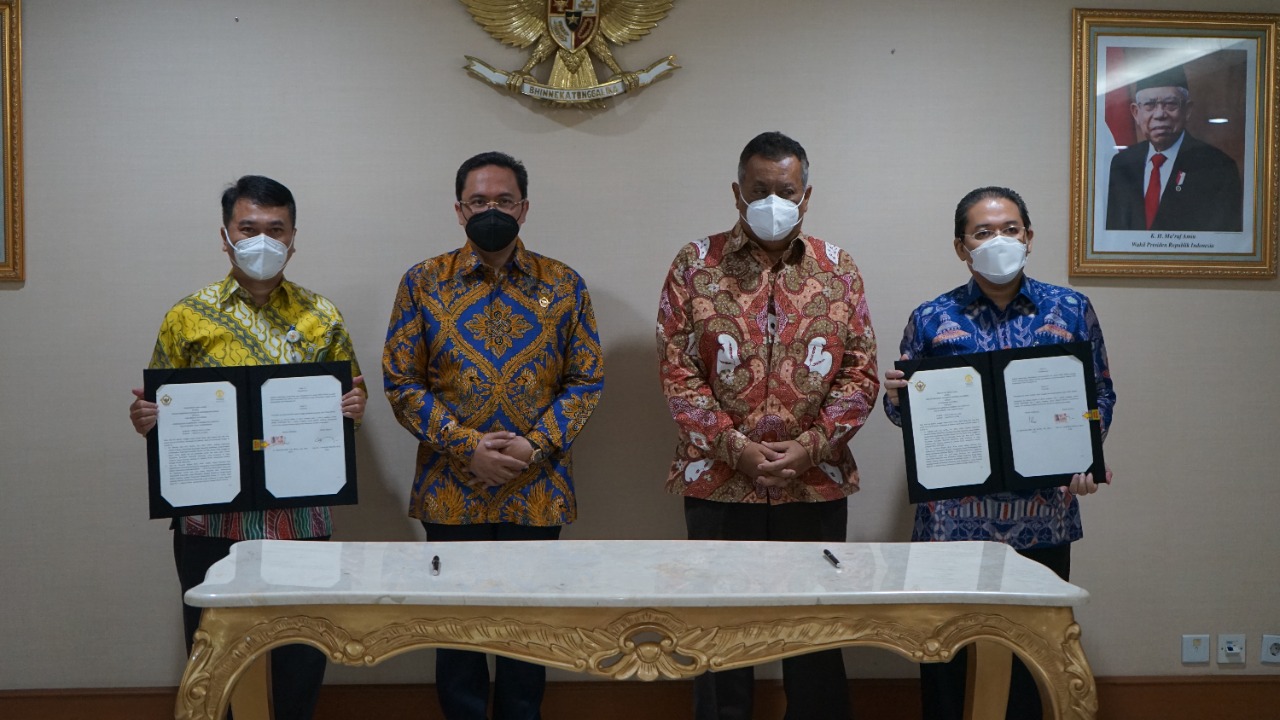 Thursday, (14/4/2022) afternoon there was a signing ceremony between the Supreme Audit Agency and the University of Indonesia. This event started with singing the anthem Indonesia Raya by all the participants of the event.

Then the event continued with a prayer together. After that, the Chancellor of the University delivered his opening remarks by saying that the University could no longer only concentrate itself on academic activities and publications. Thus, the concept of higher education as an ivory tower will slowly be abandoned.
“It’s no longer just academic activities, but also requires a reputation through collaboration or collaboration with various institutions,” said the UI Chancellor.

The UI Chancellor also mentioned the success of the Faculty of Administrative Sciences, University of Indonesia (FIA UI) to be ranked 1 in Indonesia, 5 in ASEAN, and ranked 51-100 in the world.

After that, the event continued with a speech from the Head of BPK who said that the signing was a follow-up to the signing of the MoU which was signed by BPK and UI on August 31, 2000.
“This is a step to improve synergy and coordination in implementing the Tridharma of Higher Education, as well as increasing institutional capacity at BPK,” he explained.

The chairman of BPK once mentioned the cooperation between BPK and the Faculty of Computer Science, University of Indonesia to establish a Big Data system to improve the performance of BPK examiners.

“BPK together with FIA UI plan to form a Supervision Administration program at FIA to complement government accounting standards where later there will be academic degrees from UI as well as professional degrees from BPK for students. We do all of this for better governance, for a better Indonesia,” he concluded.

Then, the event continued with the signing of the Cooperation Agreement between the Supreme Audit Agency and the University of Indonesia by the dean of FIA UI and the Secretary General of the BPK RI.

Then the event was closed by giving souvenirs from UI to BPK and from BPK to UI.