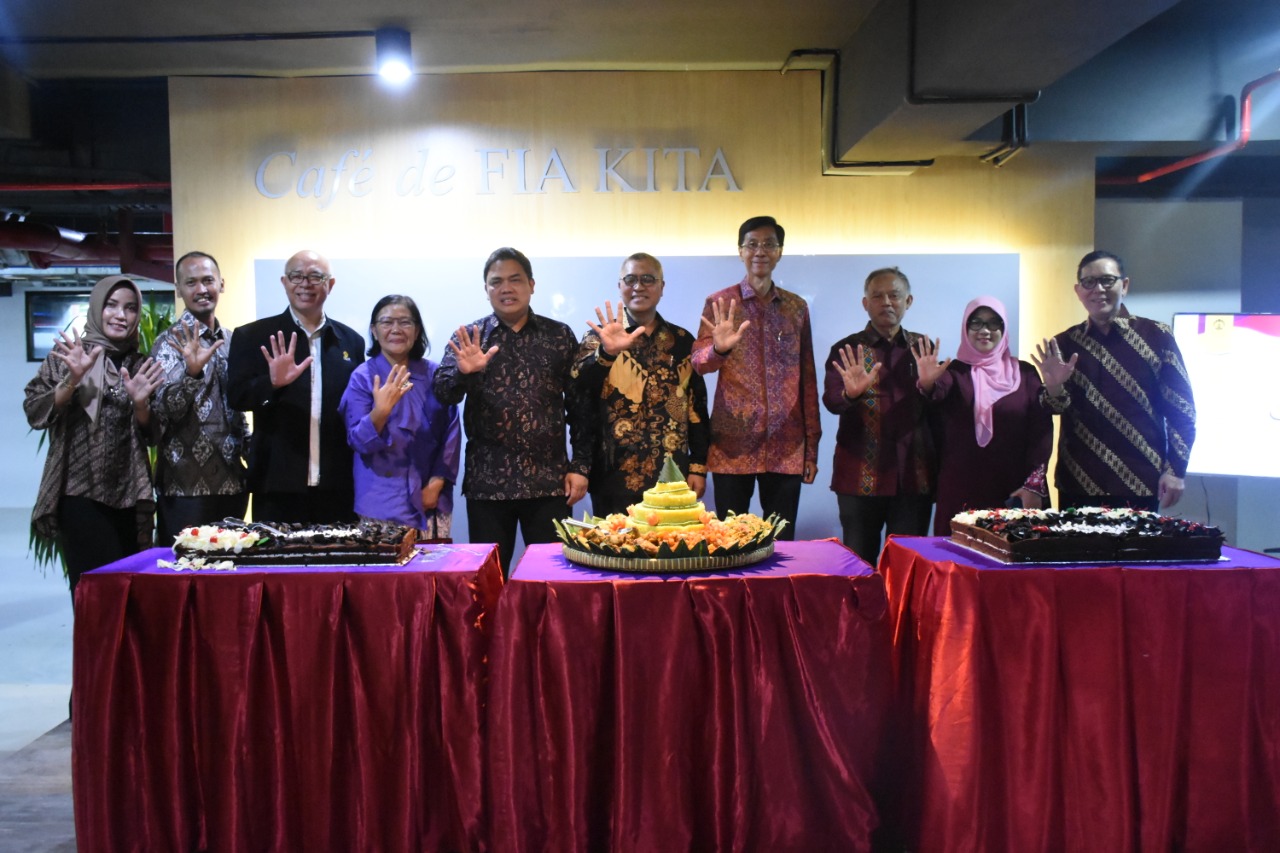 Right on Tuesday (11/3/20) Faculty of Administrative Sciences, University of Indonesia (FIA UI) has served the nation and country for five years. Therefore, to commemorate this moment, FIA UI held a Thanksgiving and soft launching of our Cafe de FIA cafeteria.

The event began with a joint prayer and continued remarks by senior FIA UI lecturer Azhar Kasim. After that, Dean of FIA UI Eko Prasojo gave a speech. Eko stressed the urgency of administrative science with the highest building imagery at the University of Indonesia is none other than the University Administration Center (PAU).

“This shows that all decisions and strategic policies are located in the administrative center. This is what makes administration important,” said Eko.

“People assume that administrative science is related to technical matters such as typing documents, whereas far from that we learn in a macro one of them about policies and their implementation. Any good policies if the implementation is not appropriate is also not good,” he said.

Afterwards, the event was continued with remarks by the Dean of FISIP UI Arie Setiabudi Soesilo, and UI Vice Chancellor 4 Muhammad Luthfi Zuhdi.

The event entered the core by cutting cone and cake by the FIA UI Dean and the FIA UI Deputy Dean and was closed by a musical accompaniment from representatives of FIA UI students.