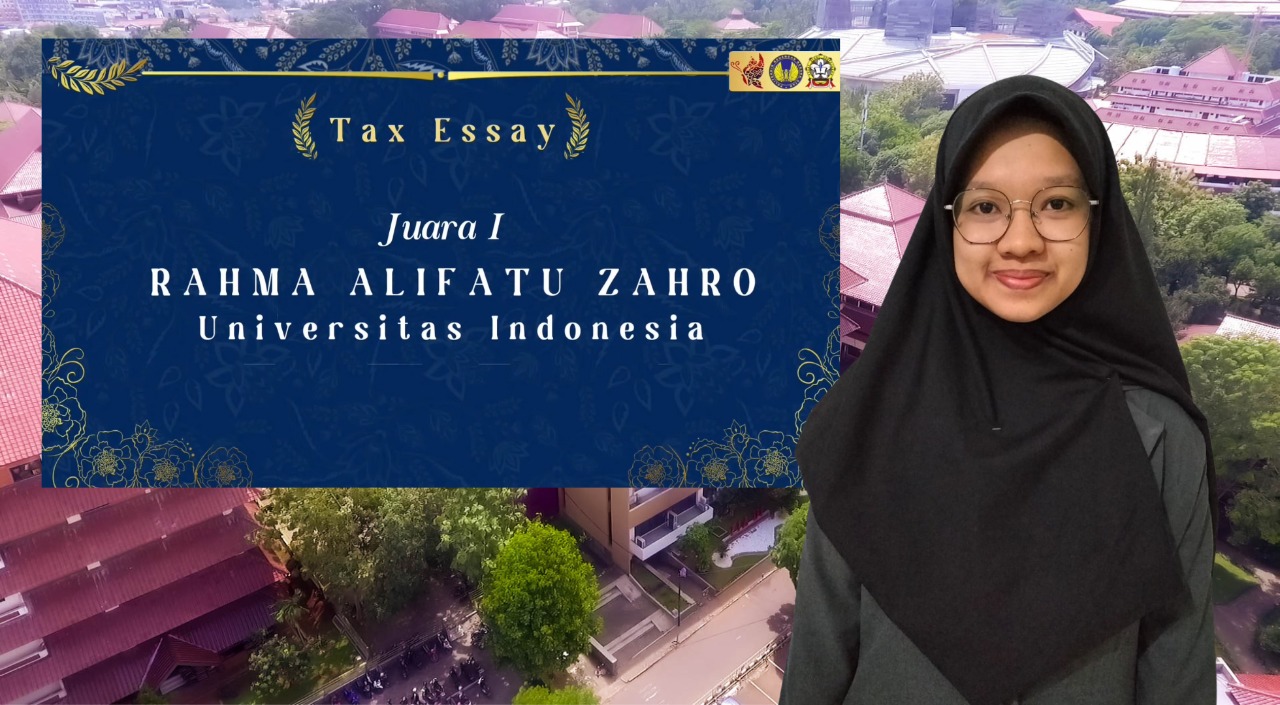 Rahma managed to win after defeating 9 other finalists in the Tax Essay with 3-minutes Thesis competition category which was held online on Thursday, July 28 2022. She explained that after observing various data regarding tax revenue, it was found that after the implementation of the tax program amnesty in 2008 and 2016 the number of annual SPT submissions increased, but the tax ratio actually decreased.

Rahma assumes that if the annual SPT increases, then there should be a potential for the tax ratio to also increase if there are no obstacles to exploring potential revenues. “But here it actually goes down. In fact, according to Lerman (1986), a program like Tax PPS should be done only once without repetition,” he said.

Rahma then explained the following conclusion that the existence of a program such as Tax PPS actually has the potential to reduce the level of tax compliance. “This kind of program has a tendency to make those who have been obedient paying taxes jealous. Envy arises for those who have been disobedient but are simply forgiven by the Tax PPS. So that the trust of those who obey is reduced. This phenomenon should be a concern and evaluation for government in order to create a fairer and more sustainable tax system,” he said.

Rahma said that her current achievements could not be separated from the role of her friends, lecturers, and faculties who always provide support and inspiration in preparing her competition essays.