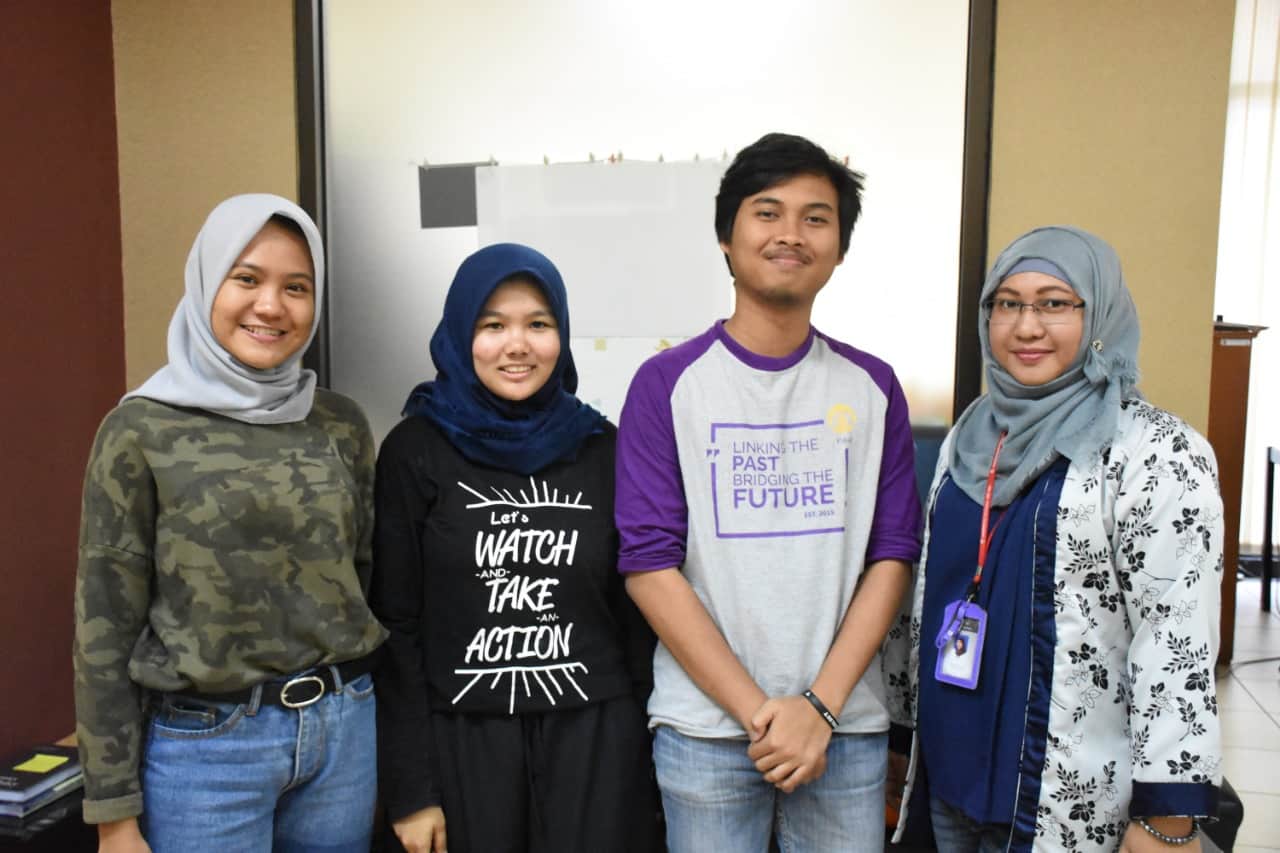 The team of students from the Faculty of Administrative Sciences, Universitas Indonesia (FIA UI) created a Village Election System (SIMPELDes) as a solution for the selection of village heads to be more efficient and transparent. The three students who discovered SimpelDes were Yusuf Mujahidin, Dyah Ayu Febriani, and Nafisah Nadjib. Accompanied by FIA UI Lecturer, Nidaan Khafian presented their SIMPELDes in 2018 National Student Scientific Week (PIMNAS) at Yogyakarta State University (UNY), 28 August – 2 September 2018.

The team leader, Mujahidin said the initial idea emerged from the anxiety of seeing the number of students who did not know the qualifications and competencies of the candidates for regional heads. “That (information from the candidate for the regional head) is something important, but because voters ignorance is a problem,” he said. Through this they make SIMPELDes a digital-based solution to educate the public in reducing and resolving election problems. SIMPELDes makes it easier for people to get information about candidates for regional heads and get more political education. It also has an impact on increasing political participation. On the other hand, there are also a group of people who refuse because of a lack of technological knowledge, especially for old generation.

SIMPELDes has five excellent features including information on potential leaders (curriculum vitae and track record of prospective leaders), electronic voting, integrated People’s Online Aspiration and Complaint Services, providing opinions and political education services. According to Mujahidin, the SIMPELDes application also proposes a mobile voting feature so that the selection can be done through devices with Single Sign On (SSO) systems. Through SSO one owner of the ID Number can only access one account and reduce the level of fraud. In addition, SIMPELDes is designed to be integrated with other election applications. “We received many positive responses, the village community welcomed and felt facilitated, from the KPUD also wanted to integrate and increase SIMPELDes coverage to the provincial level.” Mujahidin said.

Previously they had gone through several stages, first sending the Student Creativity Program (PKM) proposal to the Directorate General of Higher Education (DIKTI). Proposals that have been received by the Higher Education will be given fund. In the process there is internal and external monitoring and evaluation. Proposals that are ready to be competed in PIMNAS are posters, presentations and proceedings. Their business has also received support from Universitas Indonesia through PKM Center by providing training in presentation skills, reviewing and writing. In the future, they expect SIMPELDes to continue to be developed from the beta version that is currently available as a solution for future regional head elections. However, this desire experienced several obstacles including the cost of application management which was quite high reaching 2 million rupiah per month.

Nidaan Khafian said FIA UI would focus on encouraging students to participate in PKM as a form of higher education tridharma. “Evaluating PIMNAS this time, in the future FIA ​​UI will try to expand collaboration with other faculties so as to produce more comprehensive and multidisciplinary work,” she explained. Besides PIMNAS, FIA UI also provides opportunities and guidance for students who want to compete in other fields. (EM)