FIA UI Holds an International Conference Discussing The Solution For Asia in The Field of Administration. 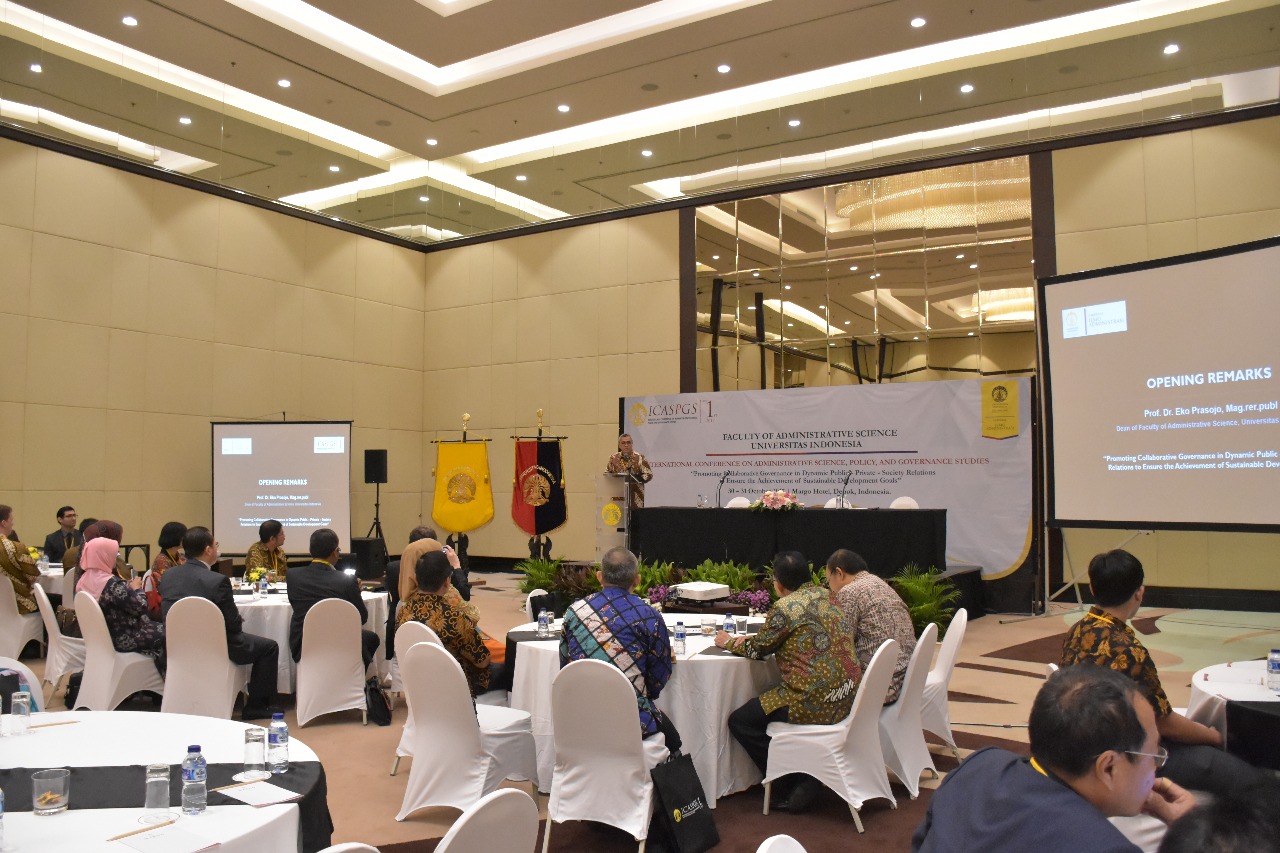 The Rector of Universitas Indonesia, Prof. Dr. Ir. Muhammad Anis, M. Met. opened the activity officially. In his speech, Prof. Dr. Ir. Muhammad Anis, M.Met. delivered his hope to push more effort into exploring the local treasures of Asia that are closely linked to a collaborative culture. These collaborations between various figures in the public, private and society sector are viewed as the main factor that is needed to reach sustainable development goals.

In his welcoming speech, Prof. Dr. Eko Prasojo, Mag.rer.publ. Dean of FIA UI, who is also known as an expert in bureaucratic reformation, emphasised an active role, from the intellectual figures in the campus in the area of ASEAN to support the development of knowledge and research based education in developing good governance.

This conference also facilitated two series of panel discussion which combines international and national interviewees. On the first day, the delegate of Kemenpan RI, Dr. Ir. Setiawan Wangsaatmaja and Prof. Heungsuk Choi (an expert on public policy from Seoul University, South Korea) in parallel will deliver their speech one after the other about the experience of the Indonesian government in improving national competitiveness through a bureaucratic reform program and do further examination of the role of the government in building a cooperative relationship with the people and businessmen in ASEAN. Aside from that, on day two, Prof. Evan Berman (an expert in governance from the Victoria University of Wellington) and Dr. Hora Tjitra shared their views on the issue of corruption and ethics in the relations between the state and business people in ASEAN, while also analysing the readiness of countries in the ASEAN region to create a productive regional collaboration. The Faculty of Administrative Science UI hoped that the result of this conference will be able to conceive constructive criticism for the government to complete the policy formulation related to the bureaucratic reform agenda, tax reformation and business cooperation between countries.
[/fusion_builder_column][/fusion_builder_row][/fusion_builder_container]