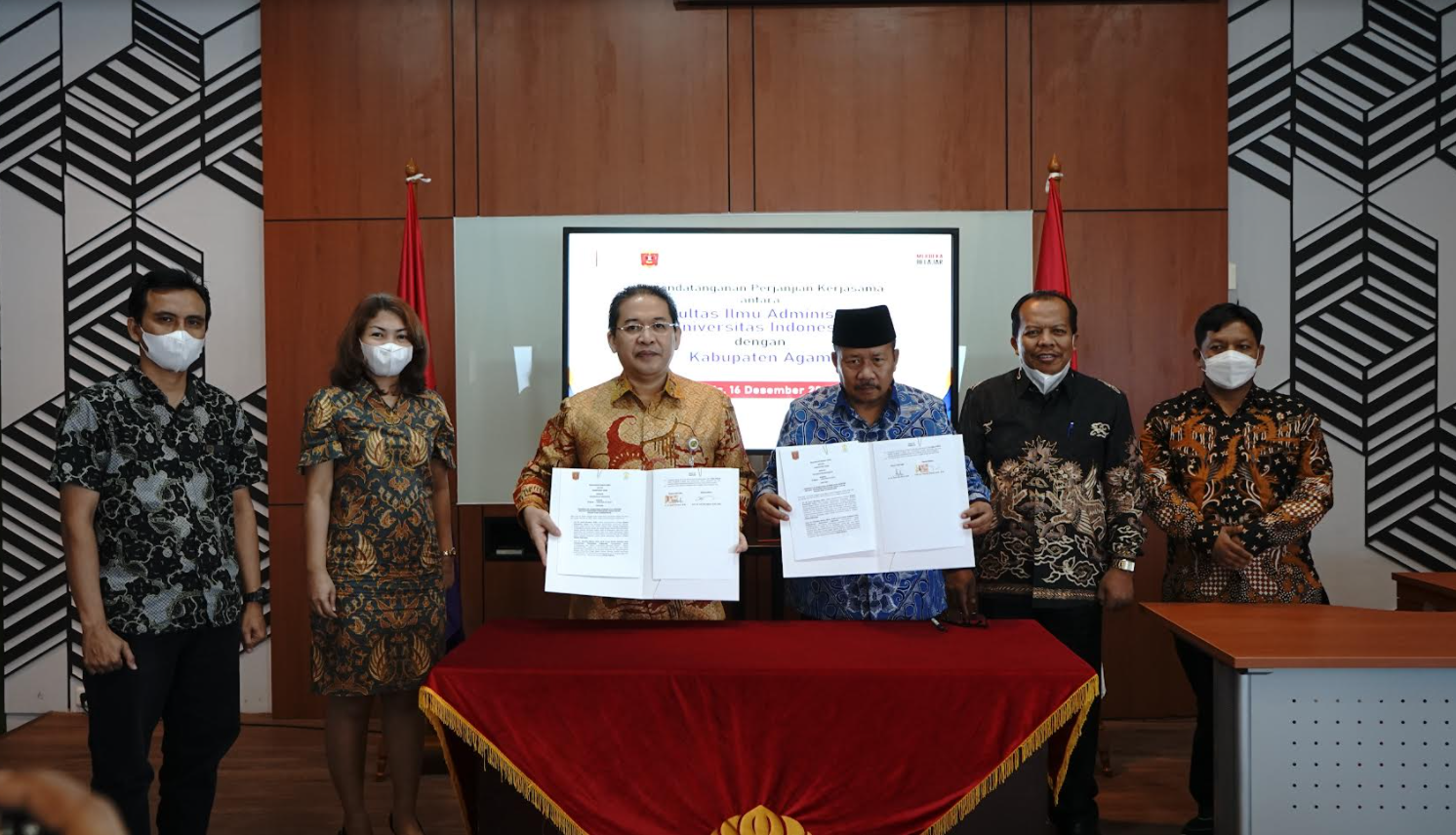 This collaboration has goals for education and teaching, research and development, and community service.

The Dean of FIA UI Prof. Dr. Chandra Wijaya, M.Sc., MM. stated that FIA UI has collaborated with various Regional Governments, not only related to academics, but also non-academics. “One of them is training or technical guidance for Village Heads with the aim of achieving one vision. Even though the Village Head is elected by the people and is autonomous, the Village cannot be separated from the part of the Regency/City Government,” he explained.

He also added that Wali Nagari (Village Head) as participants can take courses through the Center for Independent Learning (CIL), in the form of collecting credit for each course taken. “It is necessary to increase the potential of Wali Nagari so that competence increases, networking increases, it’s all in order to achieve superior resources,” said Chandra.

In his speech, the Regent of Agam, Dr. Drs. Andri Warman, S.Sos., S.E., M.M. explained that the purpose of his arrival and his entourage was to create cooperation, especially for the Wali Nagari. “This Nagari Guardian was not chosen based on academic ability, but figures in the community from various backgrounds. Based on this, we decided to sign the MoU with UI. Our principle is to do something, whether it succeeds or fails. After this the action will be taken. followed up,” he said.

It is known that this event was attended by the Regent of Agam, the Education and Culture Office of Agam Regency, representatives of the Wali Nagari in Agam Regency, the Dean of the Faculty of Administrative Sciences, the Deputy Dean for Research, Education and Student Affairs and their staff, the Deputy Dean for Resources, Ventures, and Administration. General and his staff, and the General Secretary.

The education and teaching referred to in this agreement include opportunities for ASN in Agam Regency to continue their Bachelor, Masters and Doctoral programs in Administrative Sciences, participate in credit earning programs, and participate in the Executive Development Program (EDP).

One of the scopes of cooperation in terms of Community Service: Implementation of policy studies, consultations, and assistance to work units within the Agam Regency Government.