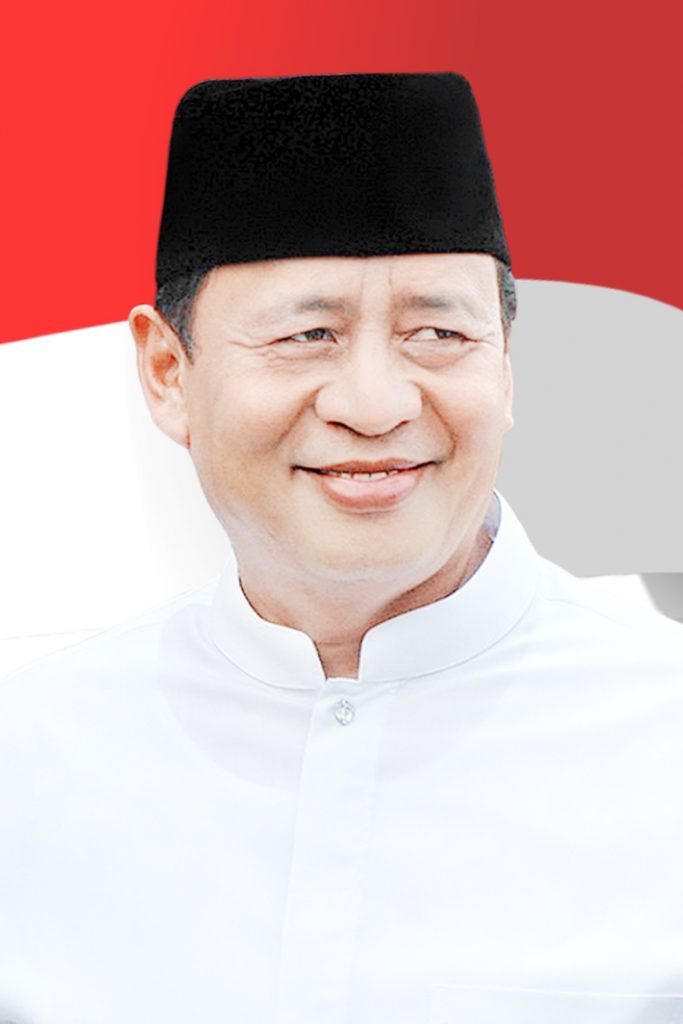 Dr. H. Wahidin Halim is a Governor of Banten Province who is well known for his long career journey. Starting from being the Head of the Village where he was born to becoming the Head of the Sub-District, the Mayor and Governor of this figure began to explore the world of politics and bureaucracy in Indonesia. Various achievements and awards have been achieved by him throughout his career.

The leadership spirit of this figure can be seen at a very young age and at the time of his education. Starting in 1975 he became Chairman of the Daksinapati UI Dormitory, then in 1977 the Chairman of the Our Humanitarian Foundation, which was founded with the aim of advancing the world of education. Until 1978 he became the Village Head in his hometown. This succeeded in making Wahidin Halim the first youngest village head in Tangerang at that time.

It did not stop there, various awards were also won by this one figure. In 2006, while serving as Mayor of Tangerang, he was awarded the State Servant for Best Public Service at the National Level, then in 2008, he was awarded the National Awakening Pioneer Award from the Jawa Post. Until 2019, during his tenure as Governor of Banten Province, he received awards, namely the Banten Revitalization Pioneer Award Charter and the Indonesia Award for the Innovation Creativity Category for Increasing Regional Income