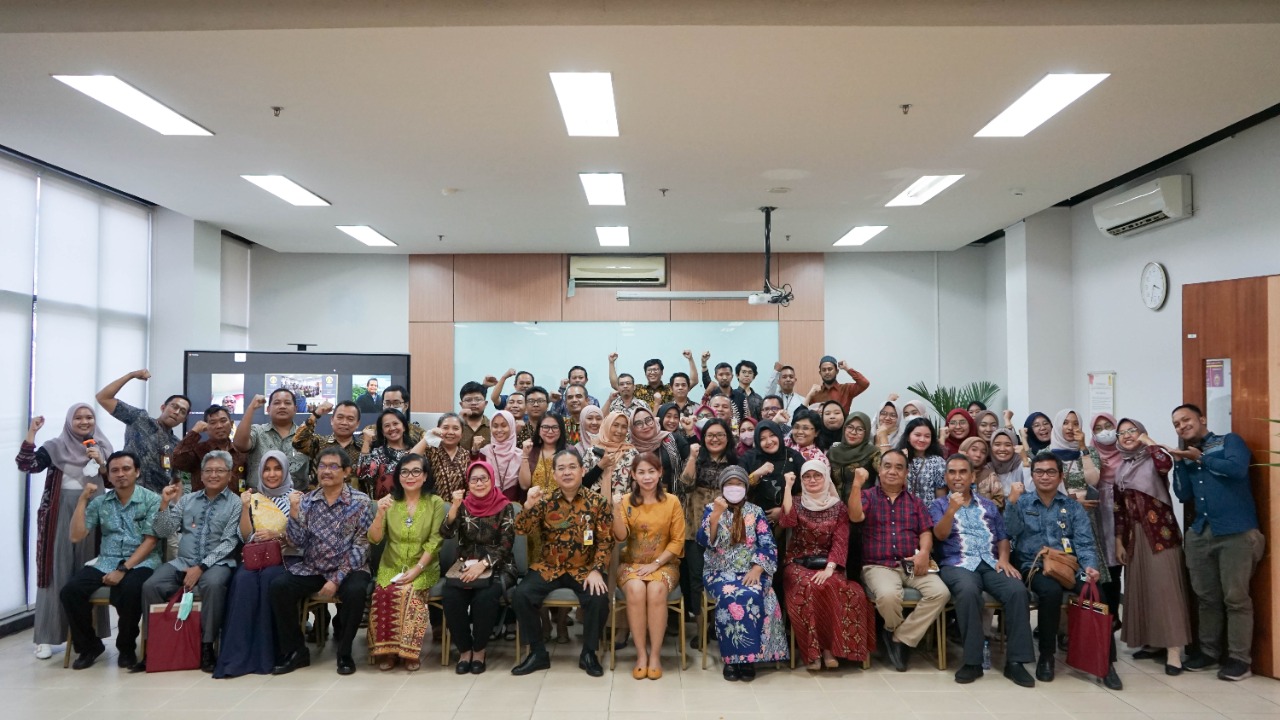 The Faculty of Administrative Sciences, University of Indonesia (FIA UI) held a Thanksgiving event as well as the Socialization of the Integrity Zone (ZI) on Thursday, July 14, 2022, at M Building 1st Floor, FIA UI Depok Campus.

The event started with remarks by the Chairperson of the FIA ​​UI Board of Professors, Prof. Dr. Amy Yayuk Sri Rahayu, M.Si by conveying that at a young age of 7 years, FIA UI has experienced very rapid progress and development.

“In FIA UI, some have been promoted to functional positions, some have received awards, and so on. This is an extraordinary achievement. Hopefully all of this will be a savings in the future to make FIA ​​UI even more advanced,” he said.

Then, the Chair of the FIA ​​UI Academic Senate, Dr. Ning Rahayu, M.Si also gave a speech by saying that FIA UI’s human resources knowledge is increasing where FIA ​​UI already has a doctoral ratio of 55% which means it is very good, but still needs to be improved. He said that FIA UI had a challenge, namely to create many professors, which at this time were still relatively few, namely nine people from three major study programs.

“I really appreciate all colleagues who have received awards and fellow lecturers who have been promoted to functional positions and lecturers who have completed studies to get doctorate degrees. It’s a proud achievement. The development of FIA UI is supported by the absence of asymmetric information from the 3 existing organs, namely the executive, the board of professors, and the academic senate,” said the Dean of FIA UI, Prof. Dr. Chandra Wijaya, M.Sc., M.M.

Prof. Chandra said that 2022 will be the year for the launch of CIL (Center for Independent Learning) and BETER, namely integrated learning which has now been adopted by the University of Indonesia. This program is referred to as a pre-university program.

“Besides the program, many ideas from the FIA ​​were adopted by UI, including the RPL (Past Experience Recognition) program. This progress is the hard work of all parties and the academic community of FIA UI. We have to be together and keep the spirit for the progress of FIA UI in the future, “said Prof. Chandra.

After the awarding, the event continued with the Socialization of the FIA ​​Integrity Zone (ZI) Towards a Corruption-Free Area (WBK)/Clean Serving Bureaucratic Area (WBBM) by the Dean of FIA UI, Prof. Chandra. Prof. Chandra. start the socialization by conveying that the integrity zone is given to a unit or institution where the leadership and all existing elements are both implementing bureaucratic reform in order to have an anti-corruption culture.

Then, Prof. Chandra asked for each of the six areas of change to be carried out in the FIA, in which each coordinator of the change area conveyed its change work program. Namely consists of Change Management, Management; HR arrangement; Strengthening Accountability; Strengthening Supervision; and Improving the Quality of Public Services.

The event was finally closed with a prayer led by Deny Wahyu Tasniawan, M.Sc.